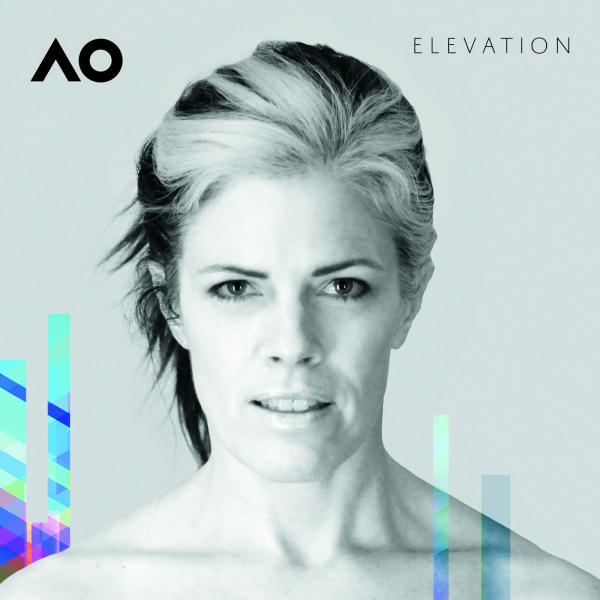 Adrienne O is an 80’s-inspired Denver alt-pop band with echoes of The Killers crossed with Depeche Mode, with a vocalist often likened to both Blondie and Natalie Merchant.  Vocalist Adrienne Osborn, once a record-breaking national champion waterskier and software developer, is on her third career as a vocal coach and musician.

In the winter of 2015-16, after three years of shows culminating in four theatre shows including the Bluebird and Fox Theatres, the band regrouped and expanded while working on its third EP.  Originally a trio with Adrienne on bass, the band has grown to six pieces and incorporates a synchronized light show.

“Adrienne O’s music stands apart in the synth-pop renaissance. […] The quality and tone of Adrienne’s vocals are apparent from the first verse. […] definitely a must listen. The songwriting is impressive showcasing well crafted lyrics, melodies, phrasing, and choruses of an obviously seasoned performer and writer. The bass guitar work and bass guitar sound is absolutely noteworthy, particularly on ‘Catch Me.’”

“Adrienne O provides a fresh take on pop music.  […] Hints of EDM, pop and, following the mood-setting intro, even rock. The band is undeniably talented, and through a few listens of this EP it is easy to notice that it’s not just Osborne’s voice that is getting them attention – the solid musical arrangements and catchy, radio-friendly pop sensibilities make for a 360 of solid presentation.”

“Bassist & front-woman Adrienne Osborn’s voice is rich and powerful with presence and range…  […] Undeniable melody and lyrical hooks.  Superchromatic shows the band at the beginning of their creative output and it is definitely worth the price of admission.”

“Adrienne Osborn drops strong vocals invoking dreaming and hopefulness […] A solid combination of electric rock and pop. The songs are honest and inviting”

“The sound and quality of Adrienne’s band makes you think these guys should be touring the country.”

You can download individual tracks from Soundcloud, or full albums from here:

“Someone Like Me” Placed in Feature Film A Remarkable Life

A remix from our first EP – a remix which original band member Tad Wheeler created – landed in feature-length film A Remarkeable Life, released in theatres across the US in 2016.

The Beat Goes On with Mark White

We had a lovely discussion with Mark White and played a few songs – some of them for the first time ever – in this two-hour visit.

The Topic of Conversation with Rob Scoggins Jr.

This was a fun interview, as Rob strayed way outside the normal questions we get such as “where did you guys meet” and “who are your influences.”  We talked about women in music, which got me riled up (but not for the reason you think) and about me being some sort of weird male-female hybrid, among […]

Soundwerkz Review of the Elevation EP

Soundwerkz’ Rob Gilmore wrote an in-depth review of each of the five original tracks on the Elevation EP. ADRIENNE O Seven-piece alt-pop band with echoes of The Killers crossed with Duran Duran lead by vocalist (and vocal coach) Adrienne Osborn, who has been compared to Blondie and Natalie Merchant. Adrienne O delivers some infectious 80s […]

Interview with Johnny J on KGNU

Johnny J of Sleepless Nights on KGNU had me in to talk about our first EP, Superchromatic. Original Source: KGNU After FM

AXS: Get to Know a Denver Band

Alli Andress interviewed us for her “Get to Know a Denver Band” series.  We talk about getting bitchy with each other, that scary first show, and which Denver musicians inspire us.

Musicians Friend included Adrienne O along with several artists across the country in an article called “Friends of Mine: Connecting with Fans via Social Media”.

“Superchromatic […] is a mellow take on indie rock with steady beats backing electronic leads. Lyrically, Adrienne Osborn drops strong vocals invoking dreaming and hopefulness[…] A solid combination of electric rock and pop.  The songs are honest and inviting, and Osborn wears her heart on her sleeve throughout the record.”  – Tim Wenger, Colorado Music Buzz

In this podcast, I talk with Ronsley Vaz about American sized portions, the heat in Phoenix, fish tacos, leftover Thai food, how chocolate used to give me a bloody nose, how I always fought her weight, how much mental energy I used to expend thinking about food, how I learned to listen to her body, and how I fixed her […]

“With the 2014 release of their new EP, Lines, AdrienneO continues to hone their blend of indie pop and dance grooves, to create a highly infectious and accessible gem. Definitely no “sophomore jinx” haunting this release.” – Literati Records

Mark and I met again, this time in the Skylark Lounge in the middle of the day to talk about our second EP, Lines. Listen here: Literati Records Lines Interview

Stanley Bronstein of “Super Change Your Life” talked at length with me about my career change from software developer to musician.

I sat down with Mark Pruisner of Literati Records in the green room right before our EP Release Party at the Walnut room in July 2013 to talk about Superchromatic and our journey so far.

“Bassist & front-woman Adrienne Osborn’s voice is rich and powerful with presence and range. The entire EP is well-written and well-performed, but to me the the standout track is ‘Two and Two’ with its undeniable melody and lyrical hooks. Superchromatic shows the band at the beginning of their creative output and it is definitely worth […]

“SUPERCHROMATIC is oddly sophisticated for an electro-rock/pop group… in the midst of the simplistic, synth-heavy tunes is the impeccable voice of world-ranked/national champion waterskier-turned-vocal-coach Adrienne Osborn.” – Brian F. Johnson, Marquee Magazine

In addition to the publishing of our interview today, she was also interviewed on KGNU radio earlier in the day. But these achievements come as little surprise to most people who have heard her Superchromatic EP, or seen her live show, especially after the single “Two and Two” won the Colorado Music Business Organization’s songwriting contest […]