Changing the way we do things 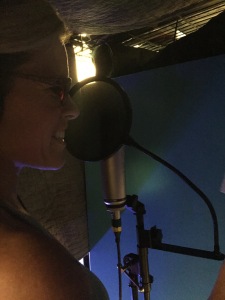 This is a photo of me recording “Catch Me” vocals in our improvised vocal fort, which consisted of a heavy comforter thrown over two mic stands protruding from the top of some storage shelves. We threw a couple of acoustic baffles on the top and front for good measure. It actually worked really well.

If you were paying really close attention to our Facebook page recently, you might have noticed something big that I haven’t talked about.  I figured it’s about time to mention it. 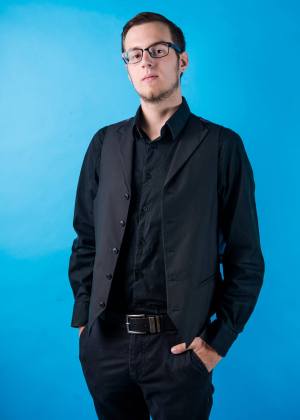 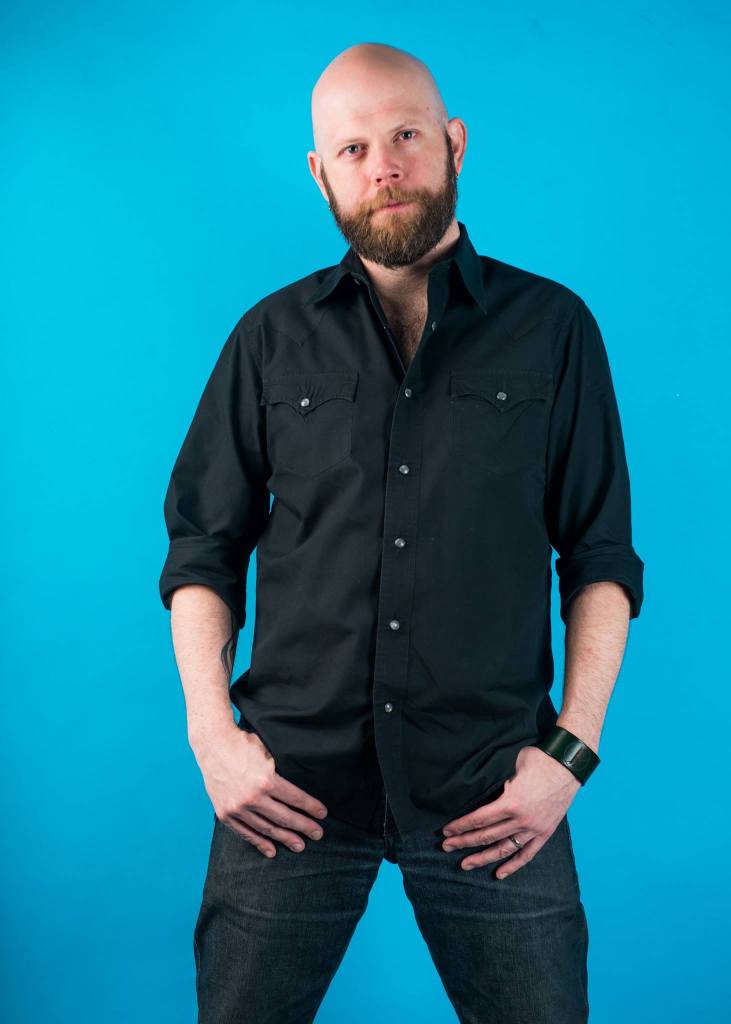 …and while I was there posting some photos, I also updated the band member list.

You might notice Craig is no longer listed as our drummer.  Yes, unfortunately, we have parted ways after three years together, though good shows and bad.  In addition, although Tyler is still listed as our bassist, he is soon departing as well.  We have known about Tyler for a long time and it’s on good terms.  Not so with Craig.  All I will say about that is that I wish I were a better communicator.

Anyway, these departures are one of several changes happening in the way we do things.

For three and a half years, creating and playing our songs has been way more of a challenge than any of us ever expected.

Part of the challenge was because we have been integrating technology to a greater degree in live playing than any of us have before.  (We did a three-part video series explaining it.)  It might be different if we had grown up being DJs and producers, but we didn’t.  It’s not that I am afraid of computers – I was a software developer after all – but that I came to a music career late (at age 33) and I had to learn to sing and play before I could even begin to learn to produce.  And Justin grew up playing real, hold-it-in-your-hand instruments (drums, guitar, bass) and producing rock bands, not layering synths and working with electronic drums.

But Jake is a young synth-loving studio producer who also wants to learn software development for fun, and Jacob is an audio engineer and producer, so we are hoping that with their input, we’ll keep moving closer to a sound that is both viscerally real and synthetically polished.

The results we’ve gotten out of this have been a lot of ineffectual rehearsal time, songs that only achieve 80% of their potential, and an ever so slightly schizophrenic repertoire.

So we’re trying something new.  From now on, we’re going to write, produce, and demo songs first, and then figure out how to play them with fidelity.  Which means figure out what instruments, people, and technology we need to execute the song we have demo’ed.

This means we don’t know our new lineup.  Do we need a drummer?  Yeah, probably.  A bassist?  Not sure.  Another synth player?  Maybe, maybe not.  An additional percussion player?  Hm.

We have some things to figure out.

But first, for now, we’re working on the EP.  This EP is a bit of a hybrid between our old model and our new model, because the songs were written a year ago.  Two (“So We Love” and “Burn”) came straight out of ideas jammed out in rehearsal.  The other three (“Catch Me”, “Barcelona”, and “Awake”) were built in the box, but changed radically once the band started playing them.  We’ve been working hard to align them all into one musical vision, but we’re still weighed down with the baggage of the old ways of doing things.

Still, we’re excited.  This EP will be better than the last two, and what more can you hope for?

We are looking forward to sharing the progress with you, and continuing to move forward, only getting better each time around.  Thanks for listening.